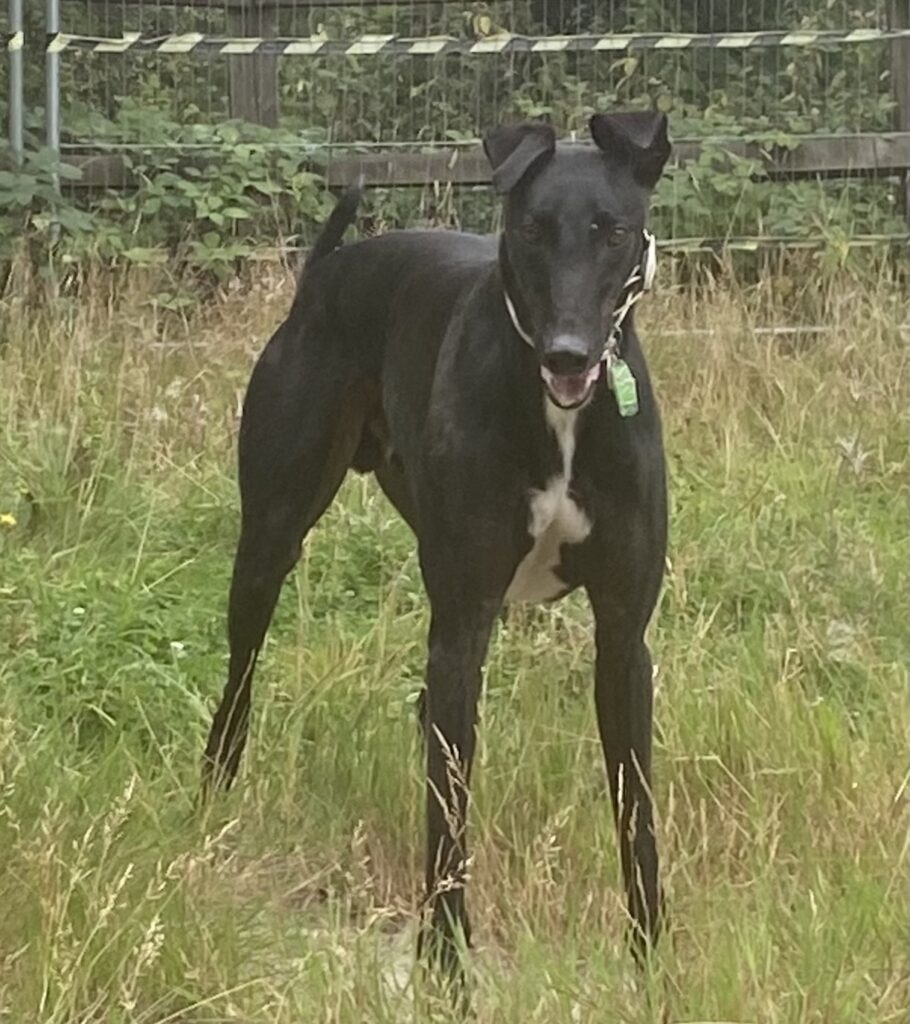 He is a friendly, affectionate, male who loves to be with people and playing with toys. When greeting his friends he doesn’t know what part of his body to wiggle first and he will also give you a very nice smile, to go with his wiggle!  Jester lives up to his name! 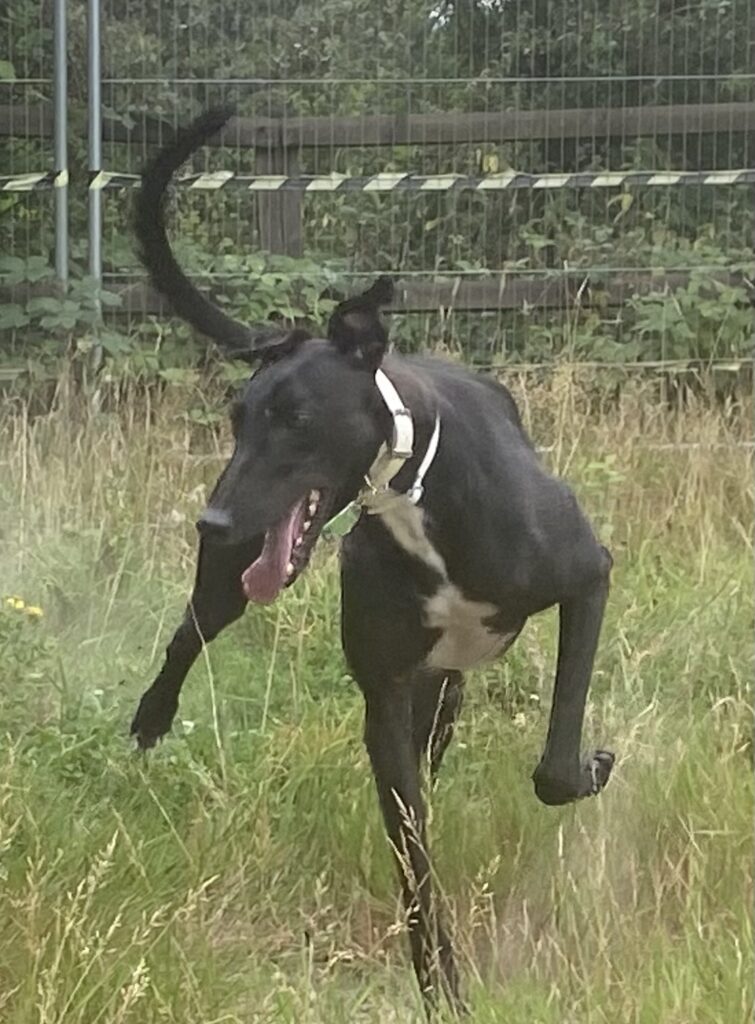 Jester prefers to play with soft cuddly toys, however he will play with footballs and tennis balls but can loose interest in those fairly quickly.  He has his favourite toys and will play with them again and again until his energy wears down!  Jester also loves to play bow with his human friends and enjoys this game with a lovely smile on his face. 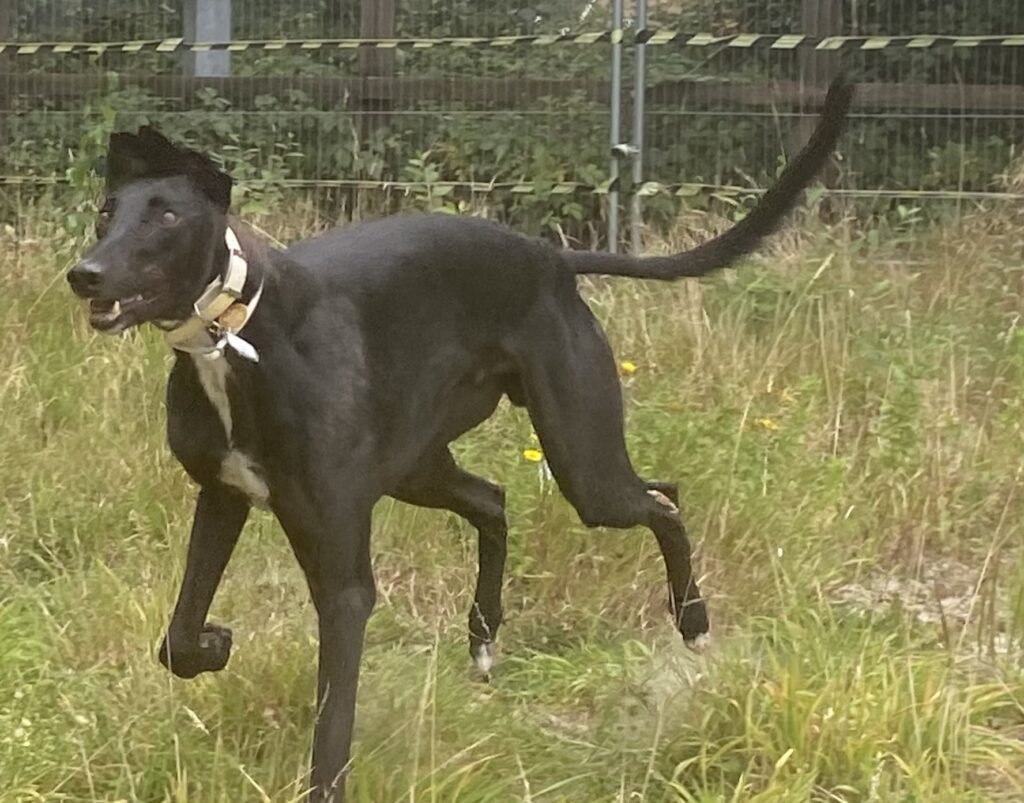 He will take treats gentle from your hand and although excited will wait for his food to be put down before tucking in. He definitely likes his food!

Jester loves to be outside and particularly enjoys going on a walk, he will trot alongside you whilst he takes in all that is going on around him. If you like your walks, or being outside then this is the chap for you!  You can always see him coming along with his happy face and waggy tail!

He is happy to jump into the car for his outings and settles down quickly ready for the off.

Jester has met our small dog friends and he looks at them, as if to say “What are you?!” With a small amount of time of watching them and greeting them nicely, Jester decides that they are just ‘small friends’.

He is very responsive to his handler.  Jester now needs to go out and see all dogs: large and small, walking and running so he can fully socialise and learn that they can all be friends.  He would love to play with all dogs but hasn’t quite learnt his manners yet or the size that he is compared to a small dog, although this is improving every training session.  It won’t be long before he understands that these (mostly) four legged friends are all good play mates! 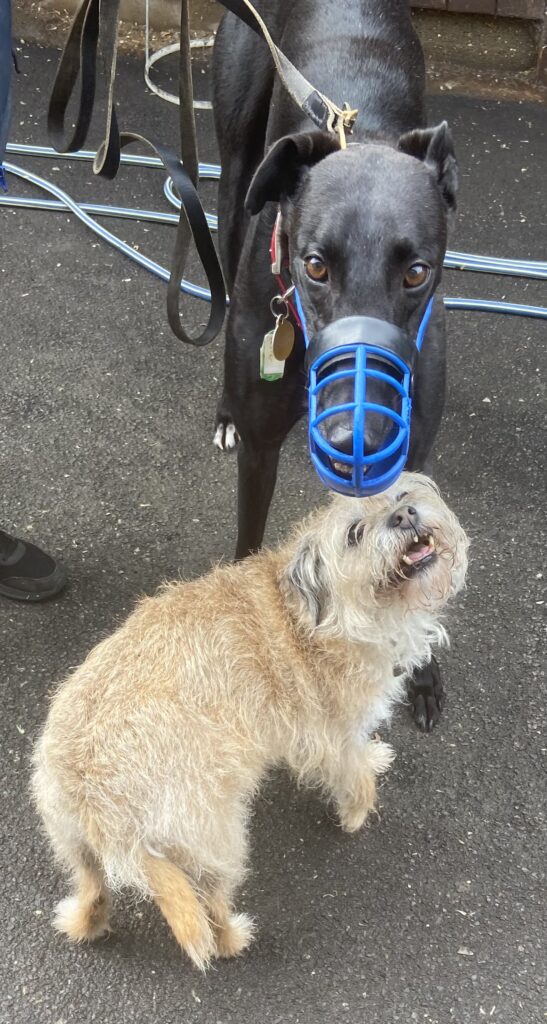 This chap is such a happy lad.  He is always wearing a big smile.  Each morning he will greet his human friends with a friendly play bow, massive smile on his face and with a energetic, dancing body, that he really finds hard to stop wiggling!  Jester, once over the initial excitement, will calm enough for a nice snuggle time with his human friends.

Need a greyhound who will always cheer you up in the mornings well Jester is your boy! 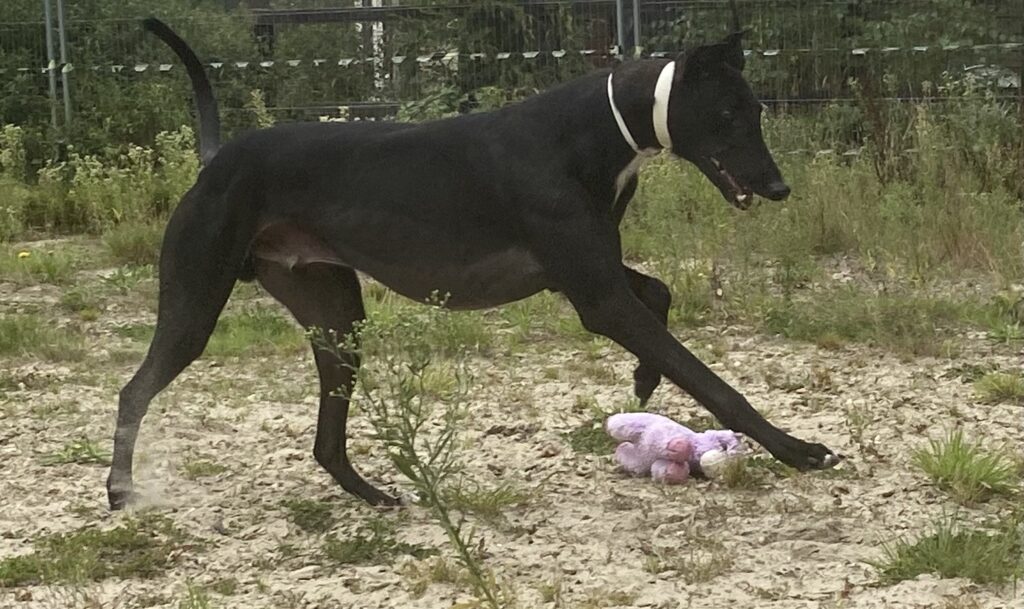 Jester could be an only dog or a companion to another dog. With the correct introduction he could be homed with a medium or large breed of dog.  In time, patience and daily socialisation, he should be 100% friends with smaller dogs and could even share a home with one!  He could also be homed to a family with children over the age of 10 years.