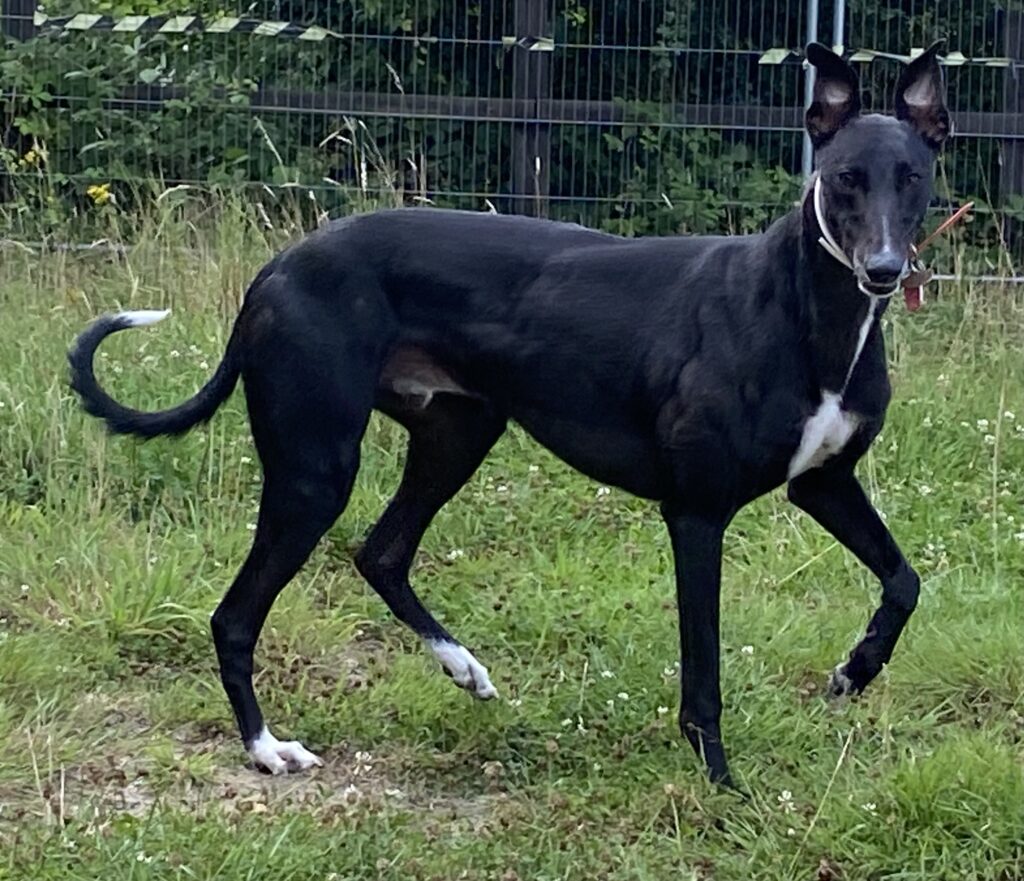 He is a friendly, happy chap who just wants to have some fun!

Dabble always has a smile on his face and you may even get his smile as he walks towards you!  He doesn’t know which part of his body he should show his happiness through with his wiggly bottom and his bouncy legs that spring around you, whilst he shows you his excitement. 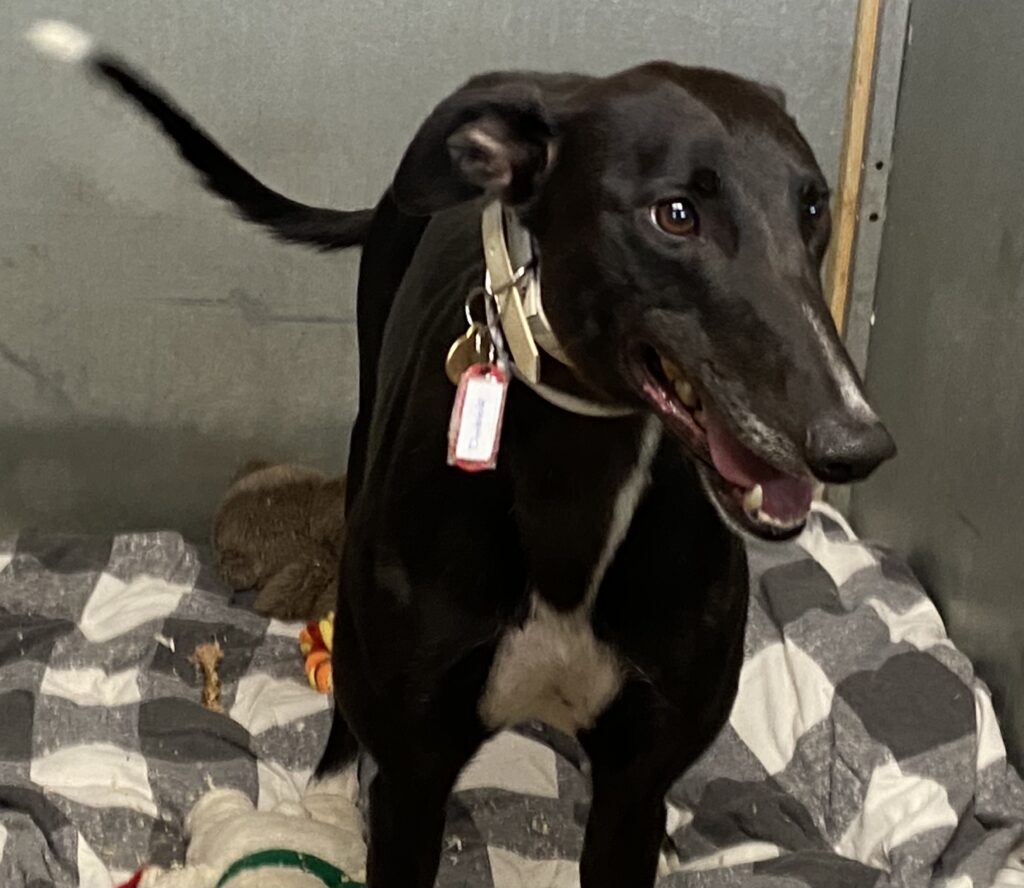 This enjoyable lad enjoys going out for walks, he walks nicely however hold on tight just in case he sees something moving in the undergrowth!  You can’t but love or fall for him and his cheekiness!

Dabble loves running after thrown toys but also running around with his human friends too, he will play bow with you and enjoys a good game of ‘catch that human’ as he runs off after you! He is such a loveable chap with a fantastic character and it won’t be long before he shows you his nutty side too!

If you enjoy being out and about than this is the boy for you, he just adores being with you and exploring new places.

This lad would be best suited to a home with children over 10 years or an adult only home.  Dabble could be a companion to another greyhound/dog or live on his own if he had company for some of the day.

He has met some of our smaller doggie friends and after being excited to see little Chloe, he then just let her greet him with lots of kisses!

This loveable chunk just wants to play however he needs to learn that not all breeds of dog want to play in the ‘greyhound style’!  A few manners need to be established, due to his size but this chap is always happy to meet another dog.  Dabble listens to his handler and his understanding of social skills and meeting smaller dogs is well underway. 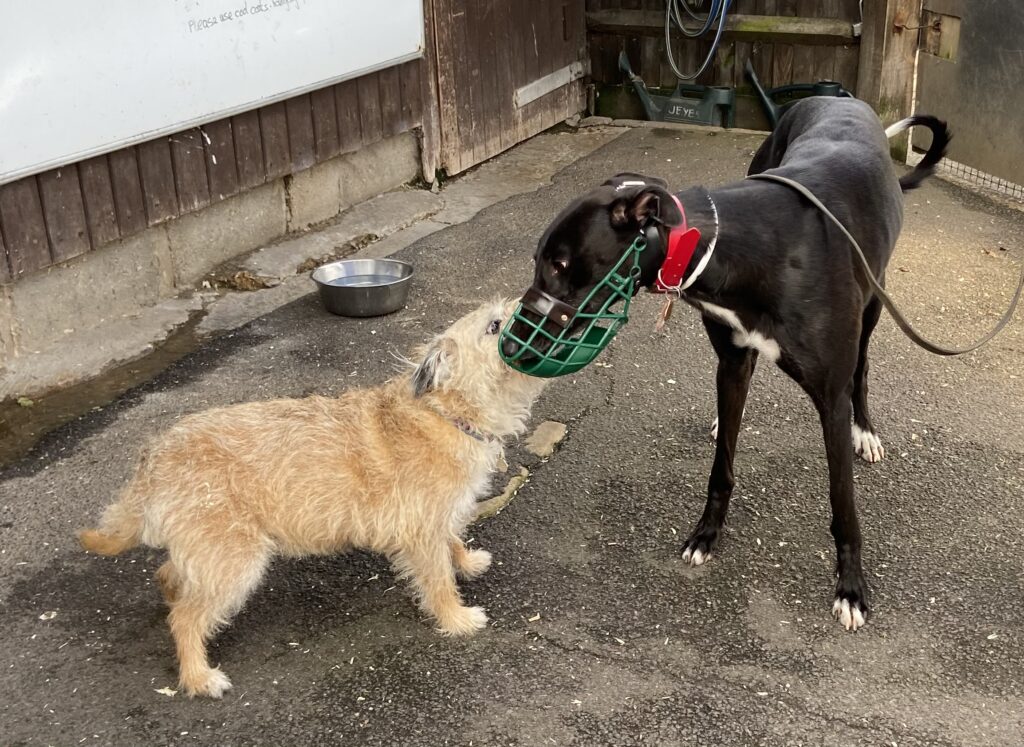 Who can resist Dabble with his funny antics and the happiness that beams from the tip of his nose to the end of his tail!  Call the adoption team to book a viewing, he certainly won’t let you down!