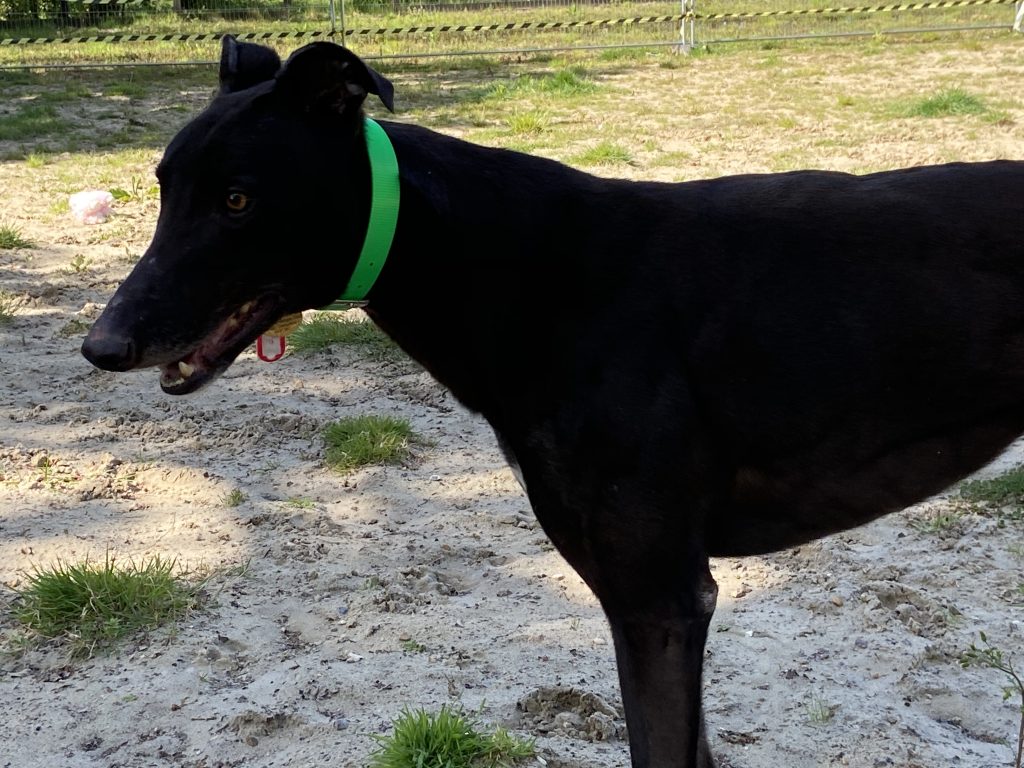 Pluto is in kennels near Fleet, Hampshire, he arrived with us on the 26th April and was born 26th September 2015.

He is an initially shy male greyhound who has a lovely character waiting within him.  This lad is very inquisitive and once he has made friends with you, he then likes to be part of all jobs you are doing!  He enjoys a good walk but he needs to learn a few manners on the lead about how to walk and not pull!  This boy can be surprisingly strong when he wants to be for a little lad. Once he trusts you he will happily come to you for cuddles and attention but be warned he hasn’t mastered his breaks yet!

Pluto is wary initially of new people, but once he understands you just want to be friends and after several meetings he soon shows some of that character of his. He is unsure of himself at this stage showing signs of desperately wanting to play, but being a bit to worried to “let himself go”.  In the small time he has been with us, he has settled in nicely and is a very sweet boy just wanting a family of his own.

Pluto loves to chase after thrown cuddly toys, he then acts like a magpie to store all his toys in one safe place!  He also loves his food so this may be a good way to win him over and help him to learn that people really are not that scary. This boy loves the car and is very happy to lay down for his next adventure to begin!

Pluto could be homed as a companion to another dog/bitch of medium size and above because he is more confident with a canine companion to show him the ropes.  He also could be homed as an only dog if someone was around to help him overcome his fear.  He would need a quieter home for him to gain his confidence and flourish, a home with no children or older teenagers would be best for this lad.

He has been tested with other breeds of dog and Pluto likes to be friendly to all dogs of all sizes.