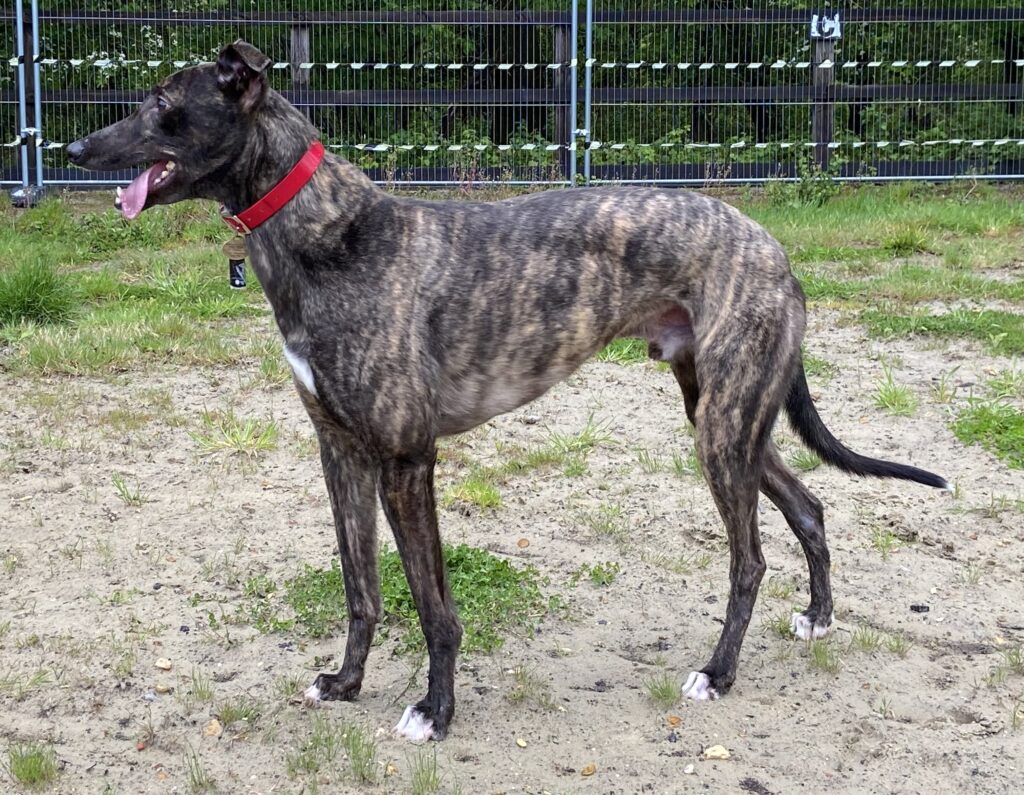 He is a friendly, affectionate boy who is always ready for some fun with familiar people.

Postie enjoys chasing after a soft toy using his lightning speed to dash after it, he will then run around with it, showing everyone he’s prize! He loves the outdoors, exploring new walks and smells and just being with his human friends. 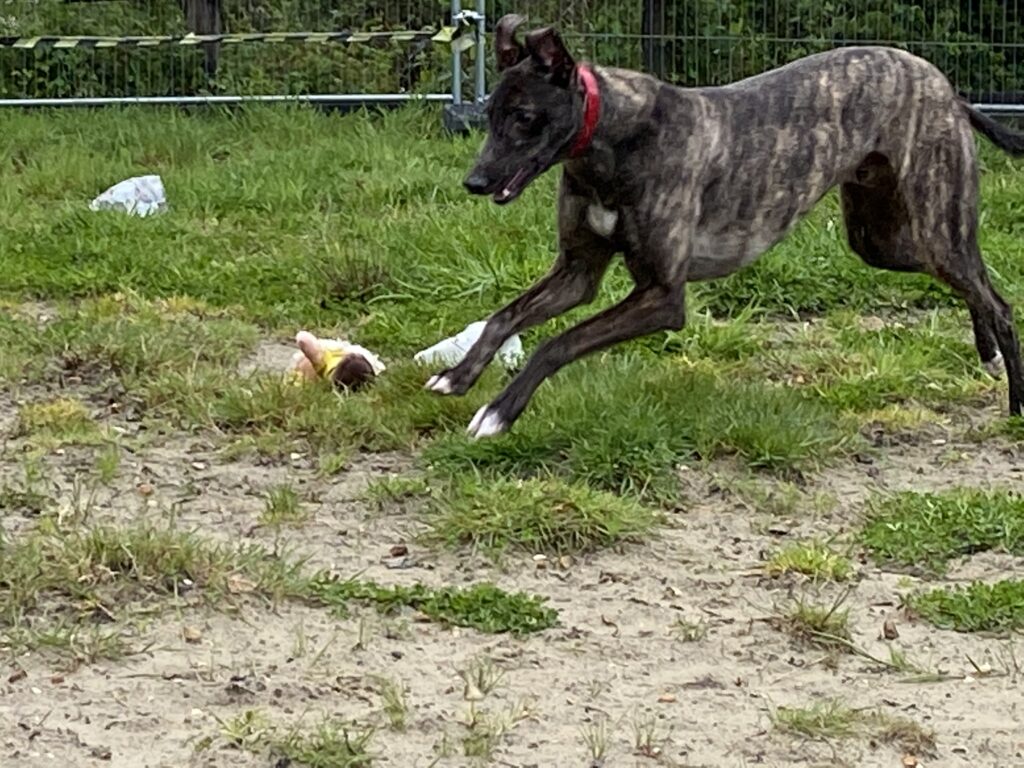 After all the excitement he will seek out a quiet place to take a nap but he will have one sneeky eye on his human friends incase they try to go out or do an exciting activity without him!

He enjoys his walks and can walk very nicely on the lead next to you, stopping when you stop and walking to your speed.  Postie loves the odd cuddle you can give him whilst walking along or at a quick bench stop whilst you have a small rest.  He has mastered the act of jumping in to a car, although can be a bit stubbon at first! 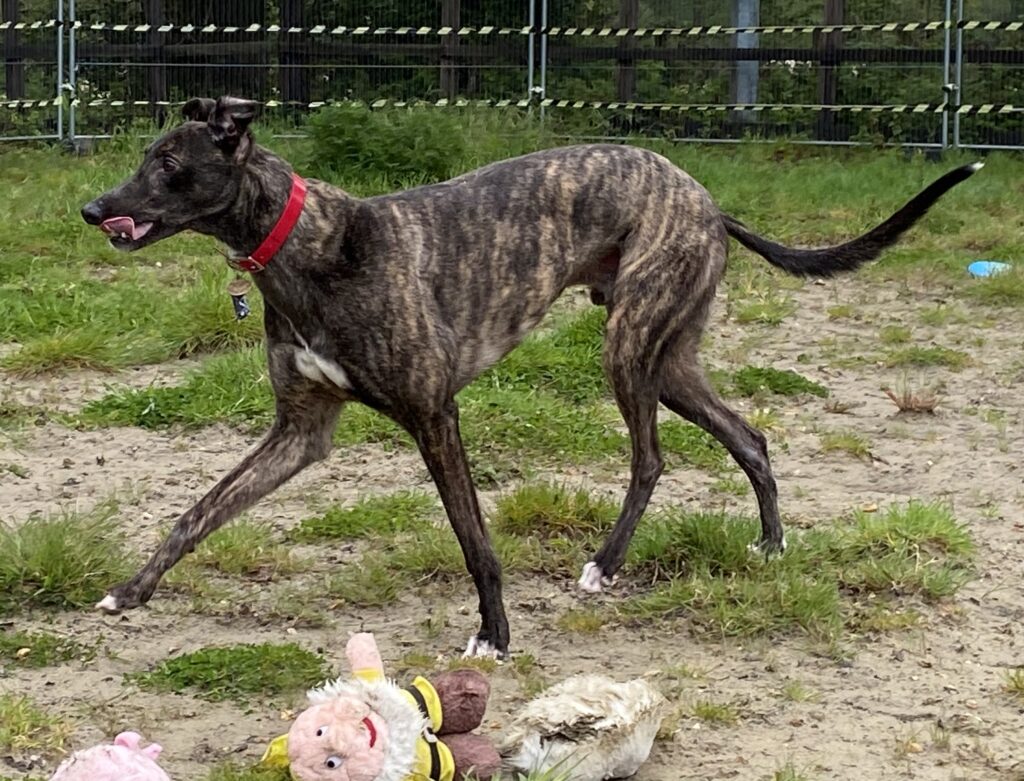 Postie has met some of other breed doggie friends, he is unsure what small yappy dogs are, he shows this by backing away from them.  He now needs to go out and about seeing other dogs from a distance and up close so he can build his confidence up around them. He would be best suited to a home with children over the age of 10 years, he could be an only dog if someone was around most of the time or be a companion to another greyhound or other breed – medium size, or above, dog with careful introductions. Postie with his love of tennis balls!

Postie is a boy who loves his food so watch out in the kitchen, put away those tasty treats, this lad is king of the counter so make sure you don’t leave anything out! He is a quick learner and knows this is wrong but still takes his chances when nobody is looking!

Give our adoption line a call and ask to see Postie!