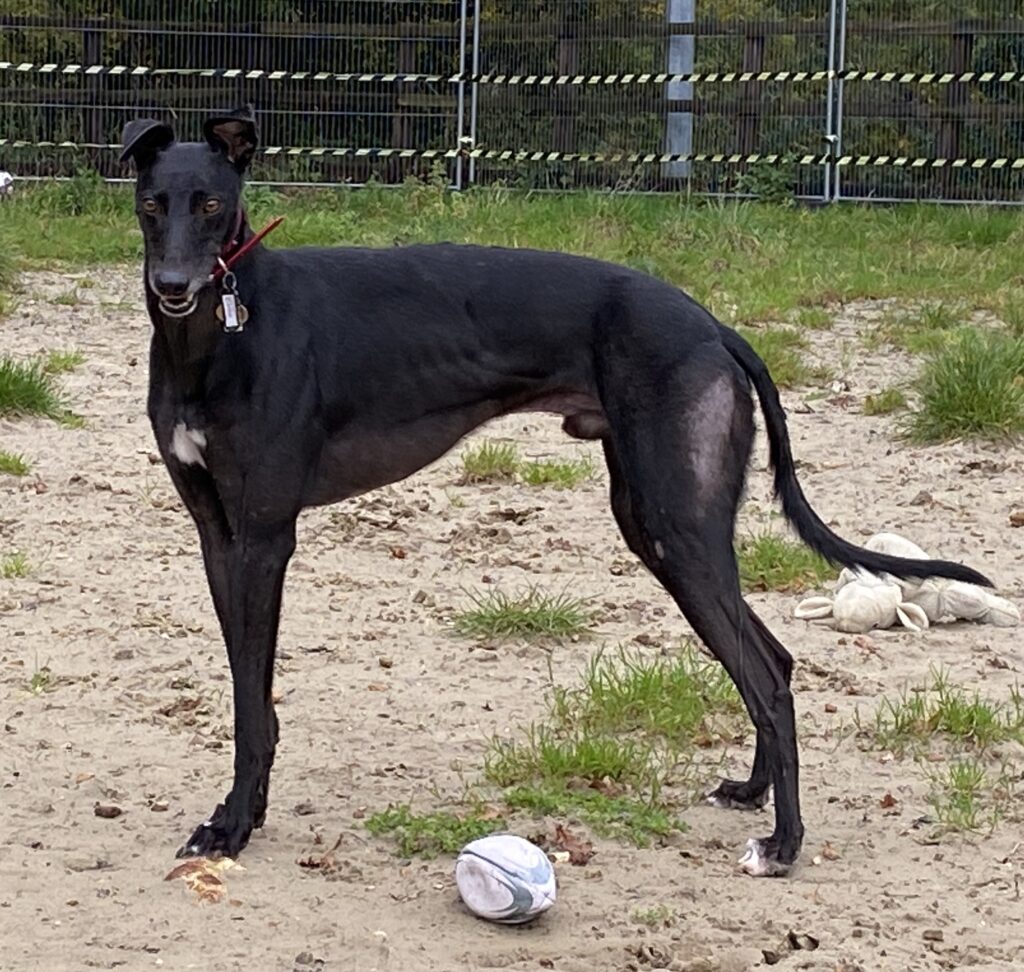 He can be nervous around new people and it takes him a while to make friends, with his human companions.  Zorro tries hard to come over and say hello but his fears get the better of him, on some occasions.  He is going to need an owner that has time to spend with him, helping him learn that life outside of kennels is great fun!  Zorro has made some good friends with the kennel hands that he sees daily, once he trusts you, a loving boy comes out of his shell.  He gives good cuddles too!

Zorro is kenneled on his own and is quiet once he can’t hear human voices, he does however enjoy a little sing along when he welcomes you back with a lovely smile and waggy tail!  This lad would benefit from having another dog in the house, he would probably prefer a female companion, where he can learn from his friend and start to overcome some of those fears, with growing confidence.

He loves his outings, travels well and is always very keen to get into the car, unaided. This boy can walk nicely on a lead and enjoys going out for his walks.

This lad has a bit of tooth ache currently, he will be having a dental soon so after this, once healed he will be able to start enjoying his food again.

Zorro has shown he can be sociable with other breeds, if correct socialisation is carried out.  He is a little bit unsure of what smaller dogs are currently and shows this by backing away from them.  We will support his new owners with training methods in order to benefit Zorro. This chap would like a quieter home where he can relax and grow in confidence at his pace, with a little help from his canine and human friends!

He enjoys being outside, either going out for walks or just stretching his legs in an enclosed area.  There is a lot for Zorro to learn about the outside world, with time and a confident owner he will learn and his true character will start to shine.  Zorro will not show his true colours in a viewing, he needs to learn to trust his human friends, before he becomes more confident around them.  Poor Zorro might be overlooked because of this, he would love to have a viewing and a home, just like his other friends. 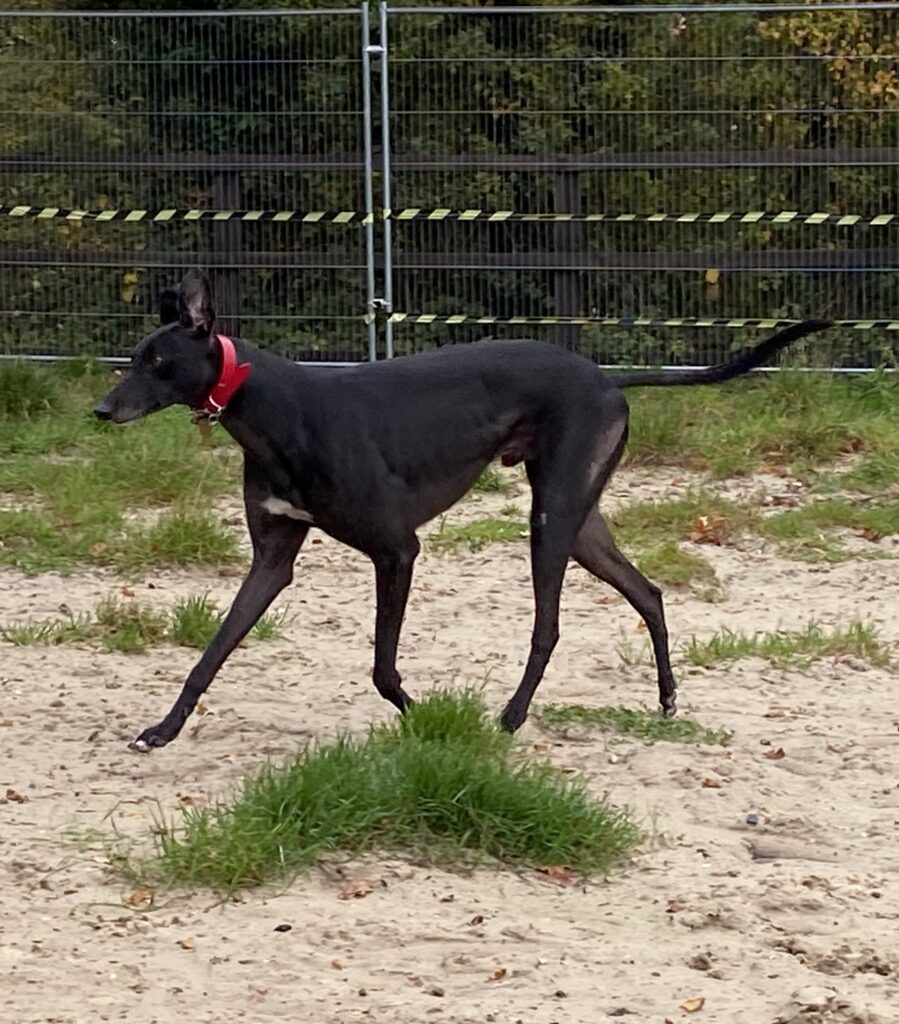 Zorro isn’t quite sure what to do with a soft toy, he watches as you throw it, but currently his human friends seem to be running around more than he is with the toys!  If a big toy is thrown or a football kicked, he will show his nervous side, but with time he will learn that actually it is more fun playing with the toys than being scared of them. 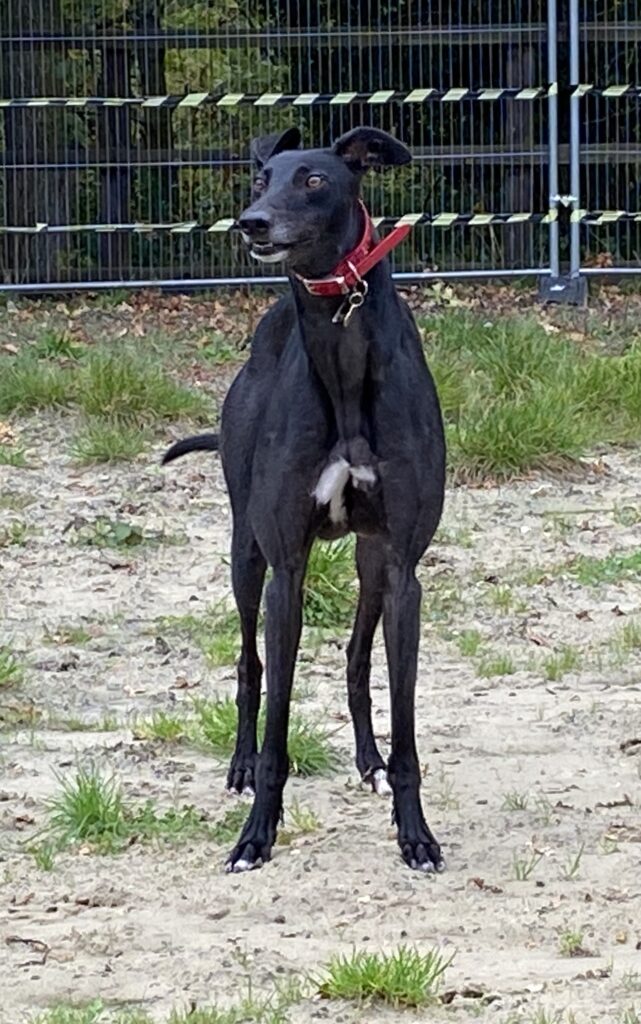 He has not been tested up close with small breeds of dog yet, this will be completed this week.

If you are interested in adopting Zorro, please ring our adoption line.  We will ask you to visit him several times before an adoption date so he becomes more confident around you, in his own secure space, (around the kennels,) before being homed to an unknown place for him.  We would also ask you to bring something from your home that can be left in his kennel so he starts to get used to your scent.  This really benefits all our dogs but in particularly the more nervous ones.