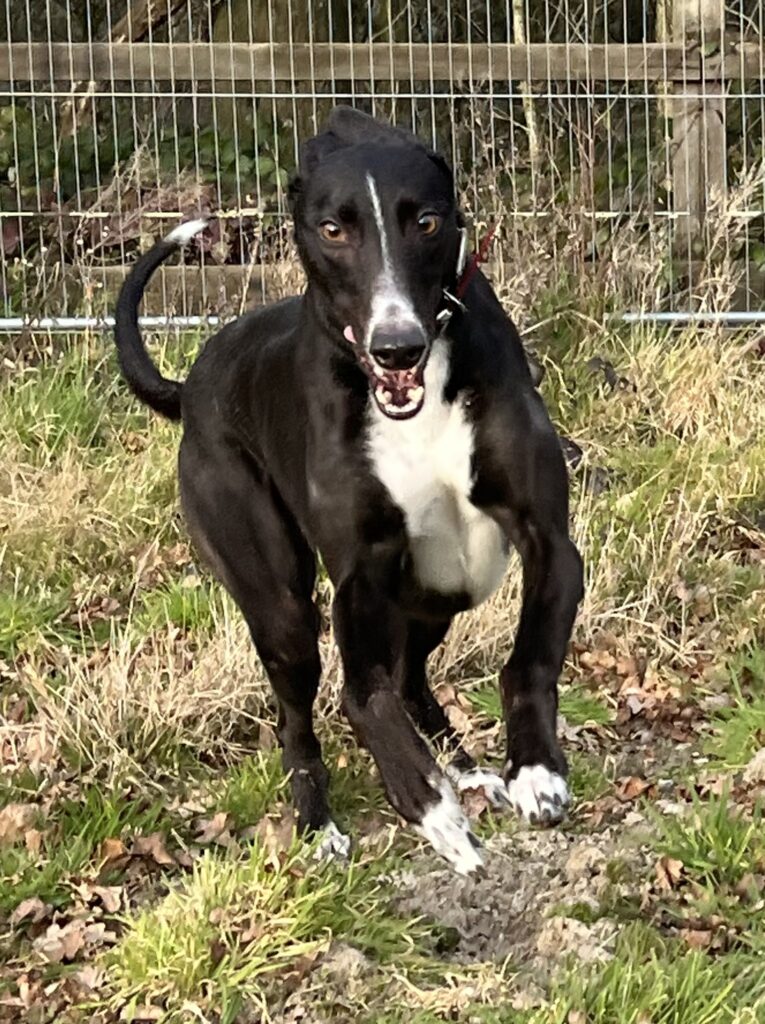 Balti is in kennels near Fleet, Hampshire, he arrived with us on the 10th February 2022 and he was born on the 25th September 2018.

He is a friendly, happy chap who just wants to have some fun!

Balti always has a smile on his face and you may even get his smile as he walks towards you!  He loves to be with his human friends and finding out what the next adventure is going to be. 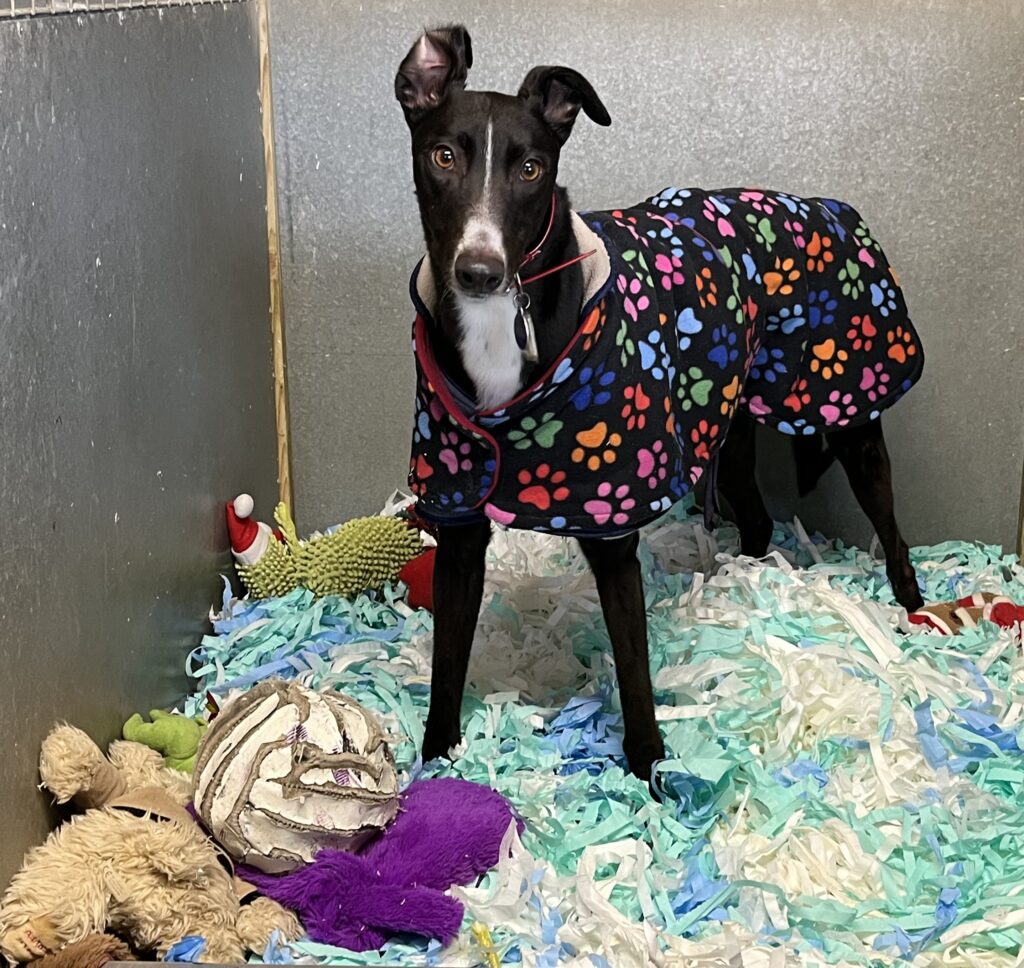 This enjoyable lad enjoys going out for walks, he walks nicely next to you and enjoys meeting other people and dogs on the way.

Balti loves running after thrown toys, he will gently and gracefully run around picking up the toys and continuing to play with them as he runs about.  He also enjoys running around with his human friends too, he will play bow with you and enjoys a good game of ‘catch that human’ as he runs off after you! He is such a loveable chap with a fantastic character and it won’t be long before he shows you his nutty side too! 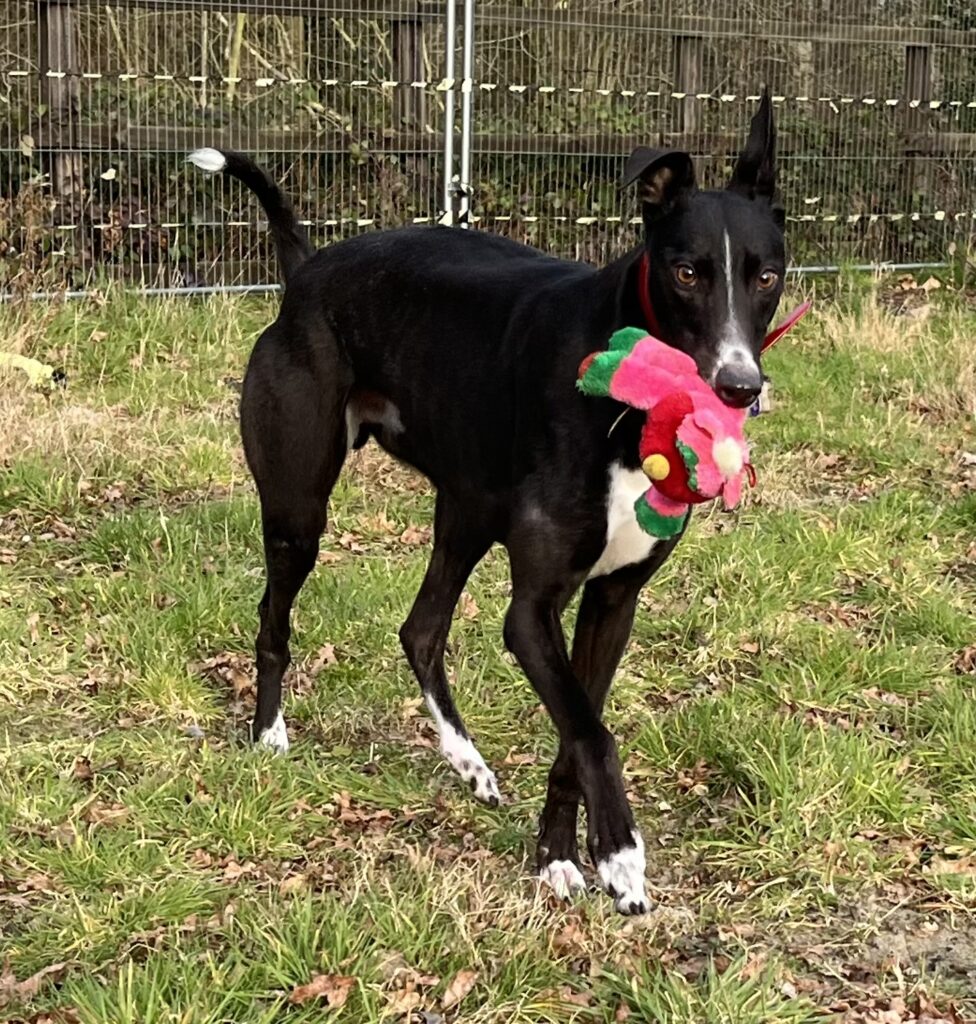 After all that fun and excitement what better way to relax than being with his human friends and having some ‘TLC’ through cuddles!  Balti may be tall but he really is a gentle giant.

If you enjoy being out and about than this is the boy for you, he just adores being with you and exploring new places.

This lad would be best suited to a home with children over 8 years or an adult only home.  Balti could be a companion to another greyhound/dog or live on his own if he had company for some of the day. 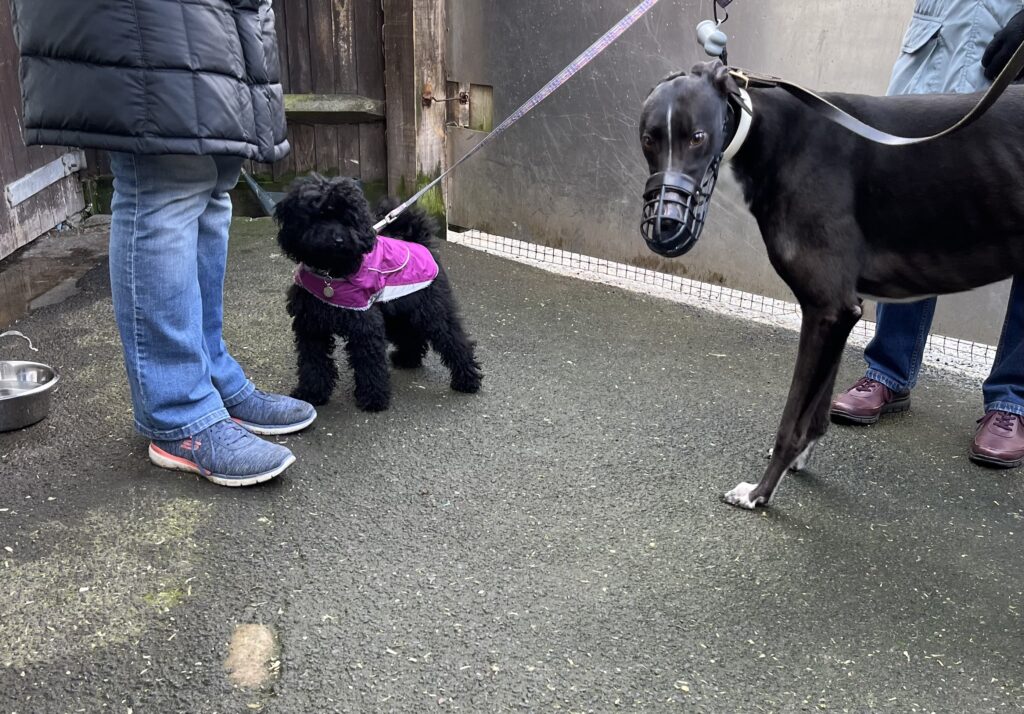 He has met some of our smaller doggie friends and after the initial excitement he was quite happy for them to greet him. 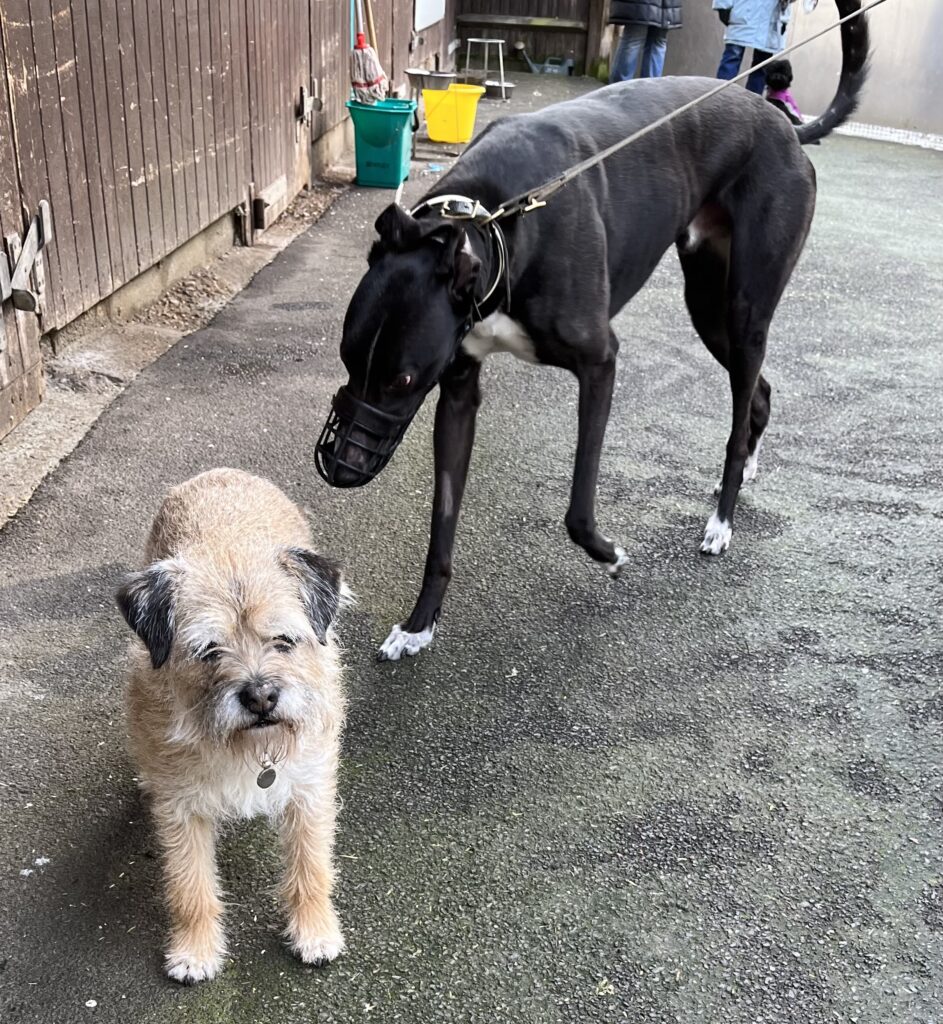 This loveable chunk just wants to play however he needs to learn that not all breeds of dog want to play in the ‘greyhound style’!  This is already developing and is quickly adapting his way of greeting other dogs, according to their size, well done Balti!

This chap is a quick learning who listens well to his handler and just wants to please.  He really is a clever boy!

Who can resist Balti with his funny antics and the happiness that beams from the tip of his nose to the end of his tail!  Call the adoption team to book a viewing, he certainly won’t let you down!